Life in the South:
The adventures of three sisters: Gracie Hope, Faith and other things to make you smile.

Show and Tell Monday...Who's Your Hero?? 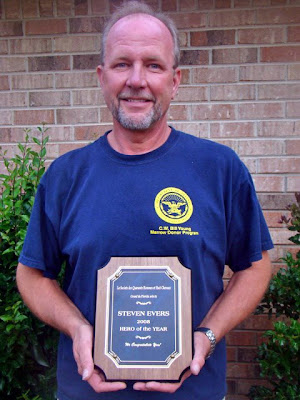 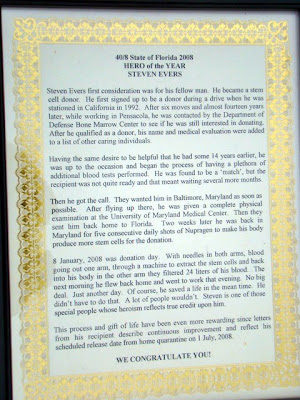 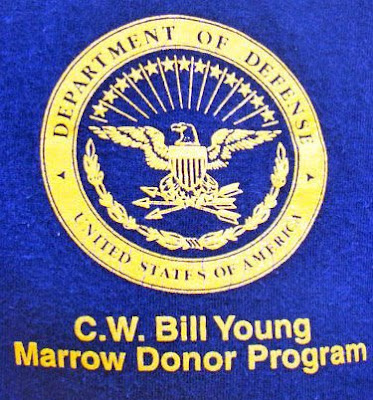 One of my neighbor's just got an award for "Hero of the Year" and he has the t-shirt to prove it! Here is his story:
Inka has asked me to write a little about becoming a stem cell donor. Back in 1992, while stationed in California, I signed up to become a bone marrow donor. Figuring the odds, I never thought I would be called to donate. Boy was I wrong. In 2006 I was contacted by the Department of Defense Marrow Program to see if I was still interested. I said yes and was subjected to further blood work. Was told that I was a match and that they just did not need me yet. Anybody that has been in the military knows the phrase – hurry up and wait. So wait I did. So much so that I had forgotten about it. Received a call in November 2007 saying that they needed me as soon as possible. In December I flew to Baltimore, Maryland for a physical to see if I was still eligible. Due to my situation I was not able to donate until the first of this year. January 3rd I was flow back to Baltimore to begin the donation process. It required that I take shots for 5 days so that my body would produce more stem cells than normal. (Research has found that a stem cell donation can be as effective as the old “drill in the hip” bone marrow donation and less invasive for both the donor and the recipient.) I gave the donation on the 8th and was back in Florida on the 9th in time for my graveyard shift at the Post Office.

During the course of this whole evolution I have found that my recipient, whom I do not know yet (they keep identifications anonymous for 1 year) has been doing well. We can correspond, but only as recipient and donor – no names. The letters are screened through the donation centers involved to maintain the anonymity. I have found out that, due to his illness, his immune system had to literally be destroyed to accept my stem cells. This left him at an in home quarantine until such time that his body can handle it. If all goes as I have heard, he should be able to get back to somewhat of a normal life on July 1st.
Having not seen a friend or family member go through an illness as this, I cannot fathom the pain they have endured or the joy they must be feeling. To me it was just doing the right thing.

I have also been recognized by one of the veteran’s groups that I belong to as their “Hero of the Year” (or HOTY as I say it). The award was from the state level and puts me in the running for the National level.

In closing, all I can say is that anyone who may be slightly interested in becoming a donor to visit the National Marrow Donor Program (NMDP) website. You can type in NMDP on your browser and it will get you there. Of the people needing donors. Only about 30 % can rely on a family member. Otherwise they need people like us to help. After all, in this thing called life – We’re All In This Together (my personal motto that I live by).

Thank You,
Steve Evers
Yes sir...I am very blessed to live in this neighborhood. Thank you Steve for your wonderful story and all that you do to help others. Your are a good friend and I am proud to know you.
Inka

What a wonderful story about a wonderful man. I was very touched by his unselfishness. Thank you for sharing this with us. And yes.. he is a HOTY!
XOXO,
MB

Hi Inka,
Your friend, Steve Evers has a beautiful story....very inspirational and makes us believe that there is a lot of good in this world. It must be great knowing someone like Steve personally and his story is one that should be told far and wide. Thank you, Inka, for sharing his story. May he be blessed!!

Thank you so much for sharing Steve's journey with us. It's heartwarming to know that there are still those that give of themselves unselfishly. You are every bit a HOTY Steve.

Thanks for sharing such a wonderful story. I am inspired by your friend Steve who gives so selflessly.

steve is a very compassionate and kind soul. what a brave and selfless man to do that for someone he does not even know. talk about paying it forward! you are blessed, inka, to know him.

Inka what a wonderful story! Thanks for sharing this. I hadn't heard about being this type of donor. God Bless Steve! He truly is a HERO!

Wow! What a great story! I didn't know about this type of procedure in lieu of marrow donations. Steve is a true hero!

Inka, thanks for sharing Steve's story with us, what a wonderfully generous and inspiring man and neighbor! Love the HOTY acronym!

That is such an amazing and inspiring story. Thank you for sharing.
Jennifer

Inka,
That is a wonderful story! Thank You sharing! It touched my heart. Many blessing to him.
Pink Hugs,
Stephanie

Thank you for sharing, Inka, and thank you Steve. I love the motto We're All In This Together. It's all the wonderful selfless giving that usually goes unreported, there is so much good in this world and people like Steve are the examples.

oh goodness~ Steve is such a HOTY!!!
How uplifting~ thank you for sharing

What a wonderful story, so selfless. Thanks for shaing this with us Inka!
Carrie

Hi Inka,, thank you for sharing Steves story.. Its wonderful to hear the good news. Thanks for sharing... luv, gail

What a wonderful man. A true human being with a heart of gold. If only everyone gave, thought and spoke with their heart,the world would be such a glorious place!

Thanks for sharing this Inka.
Hugs,
Michelle

What a special story about a special man! Thank you for sharing!
Eileen
Forget Me Not Dreams

Thank you for sharing such a nice story I love hearing good news for a change!

Oh Inka..that was a beautiful story. I love your blogs.

Now Inka,
That is really how the news should be. We need to hear about the courageous acts, instead of the cowardly ones. What a wonderful story to blog about. My hat is off to you, Steve Evers. My hat is also off to all the veterans living in your neighborhood, who put it all on the line for all of us.
Thanks Inka, what a timely story.
Theresa @ Cottage Violets

This story truly touched my heart. Steve has a heart of gold for what he did. He is indeed a hero and may God bless him. I will pray for the person who received his donation and hope that he will heal. I'm so glad that you shared his story with us. This was the perfect end to my day. God Bless Steve.
XO
Janet
Janet's Creative Pillows

Hi Inka
I finally got a chance to visit your show n tell as I’m running late as usual….
Thank you so much for sharing the wonderful story about your friend and neighbor. What a beautiful and unselfish thing to do, a true Hero!!!!
Helene
Sisters Gift Company

ps. Thank you for visiting my blog. Glad that you enjoyed the Swedish pictures, growing up over there you did not think so much about it but now you do see things different……

Promote Your Page Too 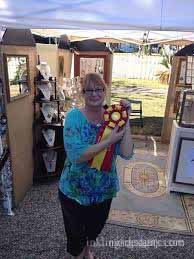 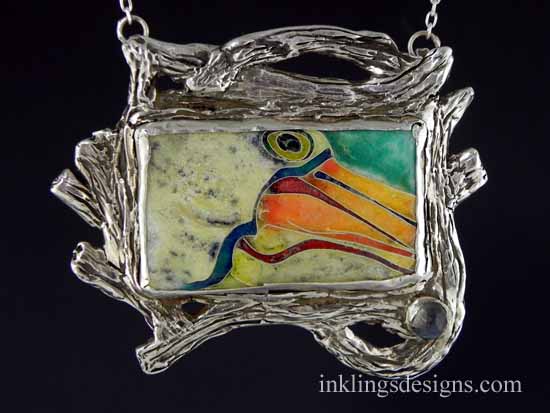 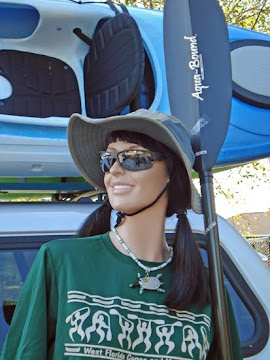 Use your cursor to play with the Turtles 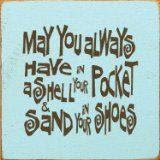 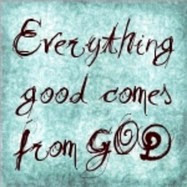 Pictures and posts are protected 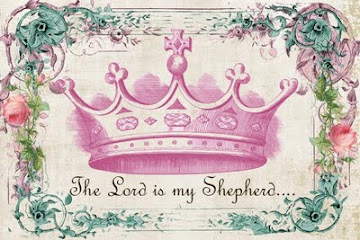 "A woman's heart should be so lost in God that a man needs to seek Him in order to find her." -- Maya Angelou 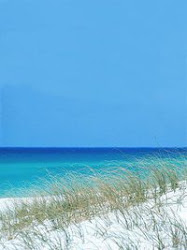 "The voice of the sea speaks to the soul"~katie chopin 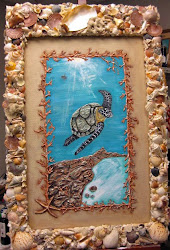 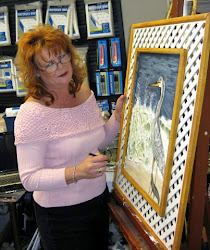 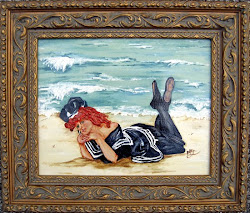 Me on the Beach 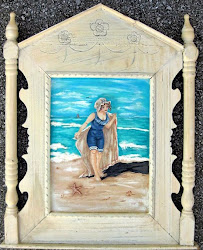 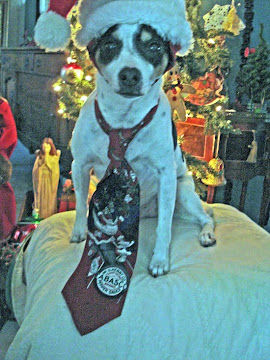 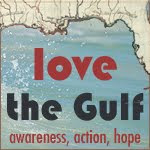 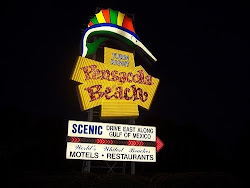 I Was There!!! Read all about it in the archives.

Enjoy your visit at www.inklingsdesigns.com where you find "Unique" surprises!

The Arte y Pico Award is “given to those who are creative and have a penchant for art.” Thank you Marie of Savon Marie for this honor. I feel very fortunate to be in such creative company. 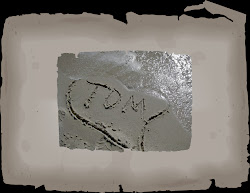 Now this is a Shabby Firehydrant!!

Now that is a Shabby Dumpster!

I start off with a large pack of cook and serve banana pudding. I add 3 cups of canned milk, 1/4 cup sugar...I like mine real sweet...3 egg yokes slightly beaten, 2 mashed really ripe bananas, 1 tsp vanilla extract. Cook over med high heat stirring with whisk till it thickens. Then I pour it in a pan with Vanilla Wafers. I make a meringue with the egg whites, 1/3 cup of sugar, and 1/4 tsp of cream of tartar. Beat until stiff and top off pudding. Then just brown the top. Sometimes I will grind a few of the vanilla wafers to use as a garnish. Enjoy!